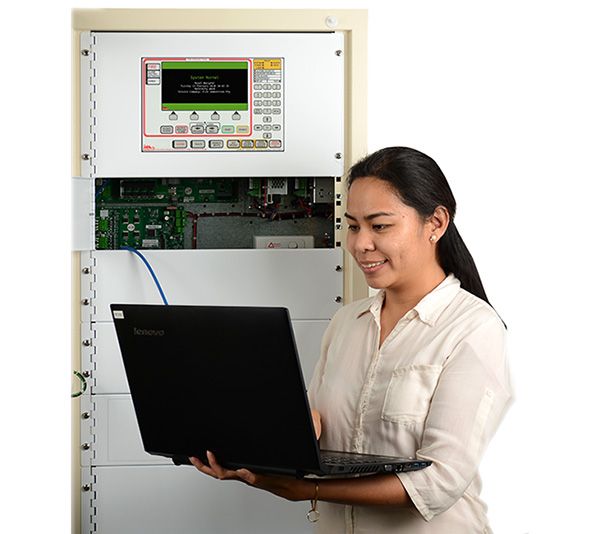 The expanded Net2 System, together with FireUtils® v3.0, makes it easier than ever before to manage a networked fire detection and alarm system.

To prove the point we built a Net2 Network with 34 Pertronic F220 fire indicator panels covering 5,100 fire detection zones and a total of 31,620 detectors, call points and other loop devices.

Updating this enormous network took less than six minutes using a laptop running Pertronic FireUtils® v3.0, communicating with the network over a single Ethernet connection. The process begins when the user puts the network into Service Mode. This takes only a few seconds. Then four minutes to transfer the configuration to all 34 network cards and their respective panels; one minute to activate the new configuration; and finally a few seconds to take the network out of Service Mode and return it to normal operation. To make the test even more difficult we intentionally put thousands of faults into the test network. No problem. The updated network accurately recorded all those faults and picked up the job of monitoring and controlling all peripheral devices exactly as it should.

This video shows the service mode window in action during a config update on a medium-sized Net2 Network System*.

Our engineering demonstration proved that the Net2 Network manages very large fire systems, minimising installation and maintenance costs, and delivering the solid reliability that is essential for any automatic fire detection and alarm system.