Save Time and Money Upgrading to Analogue Addressable: Our New White Paper Shows How 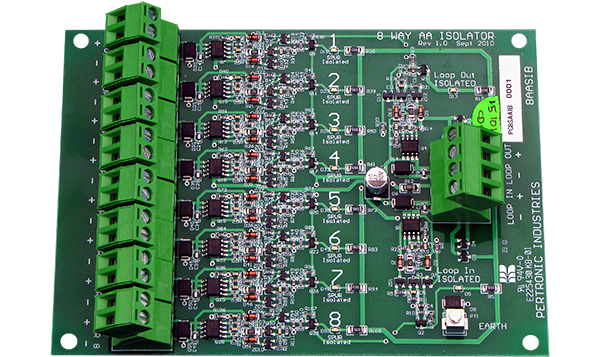 Old systems often have flat, non-twisted cable. Usually in analogue addressable systems we recommend twisted-pair cable to minimise potential interference. However, on low-risk sites it may be acceptable to re-use the existing non-twisted cable.

A new Pertronic White Paper describes the issues that need to be considered when re-using existing flat twin cable.

The white paper describes how to test the existing cable, and what to look for when planning the installation. It shows how to convert existing detection zone wiring into analogue addressable signalling circuits, configured as either loops or spurs. The paper describes the use of the Pertronic 8-Spur Isolator Board to convert multiple conventional zones into analogue addressable spurs, and how to wire a single spur direct to a Pertronic loop driver.

Experience from many projects confirms that non-twisted cable can often be re-used.